We spent a week in Stourport engaged in numerous activities, the first of which was a wonderful Sunday lunch cooked by Lynn and enjoyed in their home. James was at home having recently graduated from University but the exuberant Rosie was tied up with her part time job at the nearby Safari Park. It wasn't until much later that we had the pleasure of her company. 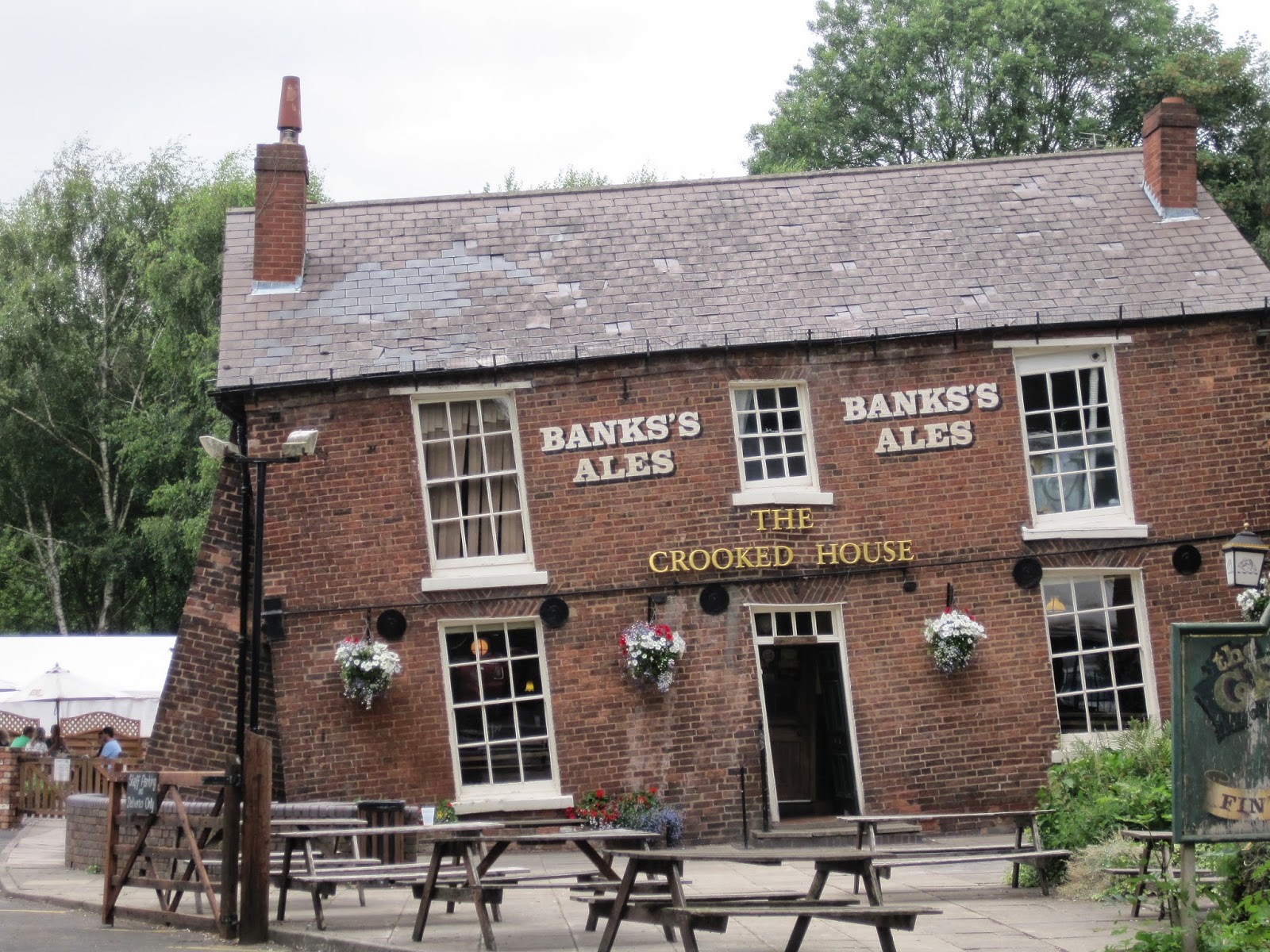 The next memorable activity was the Crooked House. Having reversed the boat through the York Street lock and returned to the basin to take on fresh water and top up with fuel, Geoff found us engaged in this mundane activity. He suggested a ride (by car) to a place called the Crooked House that stands in an isolated position near Himley between Dudley and Telford. The name and distinctive appearance of this pub are the result of 19th century mining subsidence with one side now almost four feet lower than the other. 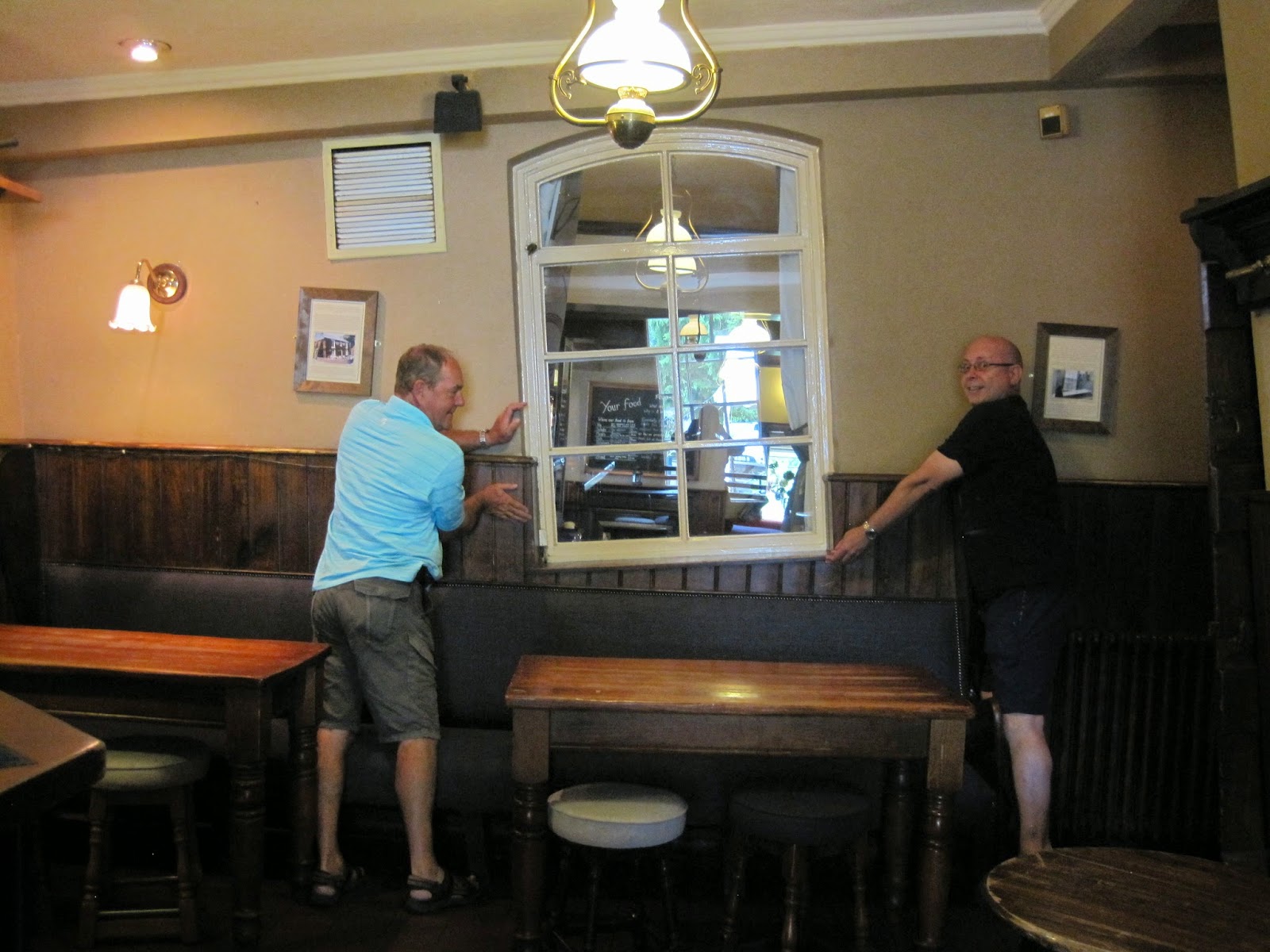 The crooked house, originally a farm house was built in 1765. In 1940 it was condemned and scheduled for demolition before it was rescued by the Wolverhampton and Dudley Breweries who made the structure safe by using buttresses and girders to retain its lopsided appearance.The buildings leaning walls give rise to some wonderful optical illusions that include glasses slowly sliding across a seemly level table and a marble that appears to roll uphill. 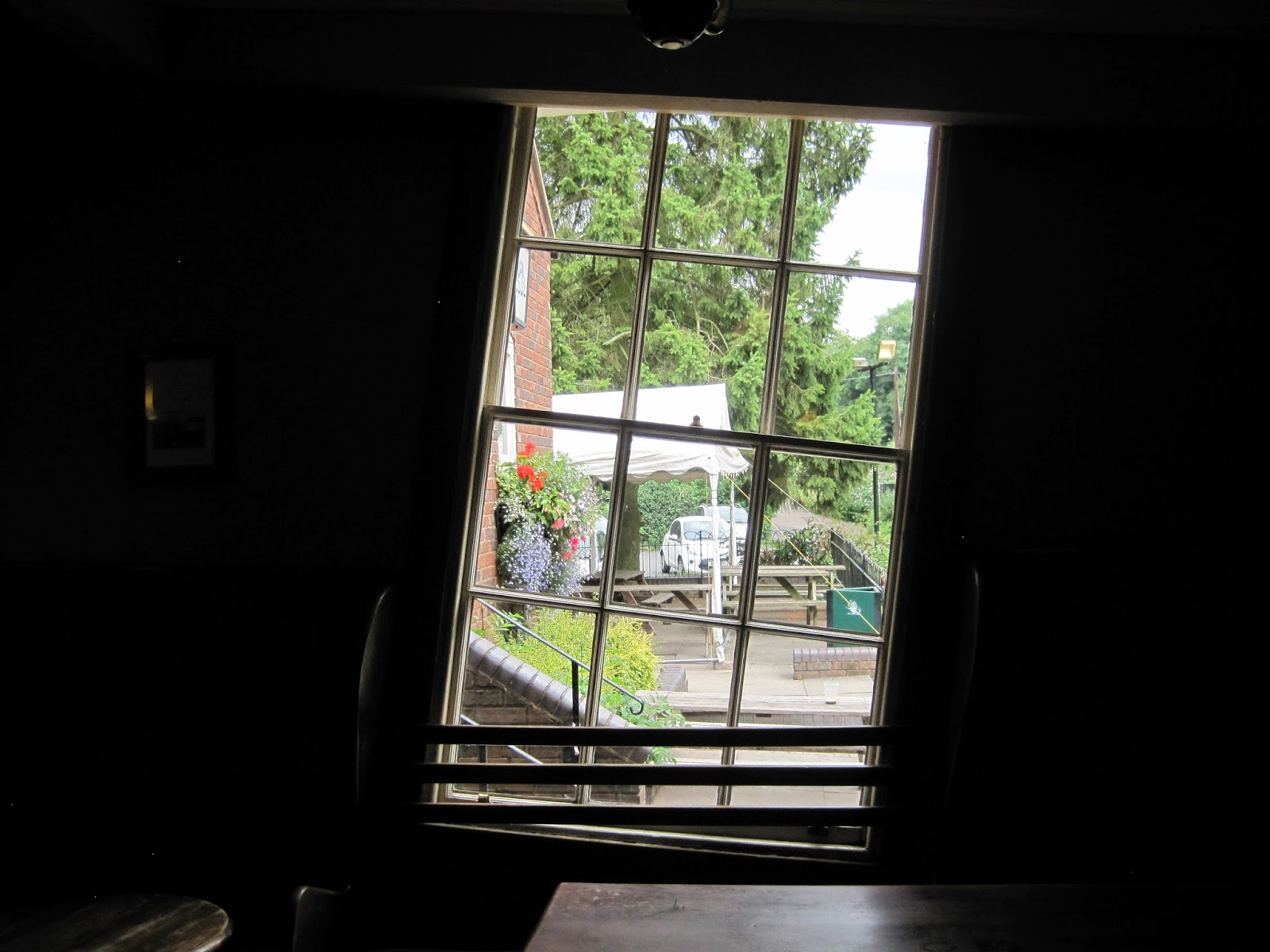 We enjoyed a tasty lunch in the rustic lounge and then attempted to put the world to right (or even the pub) by enjoying more glasses of beer/wine than were good for us. 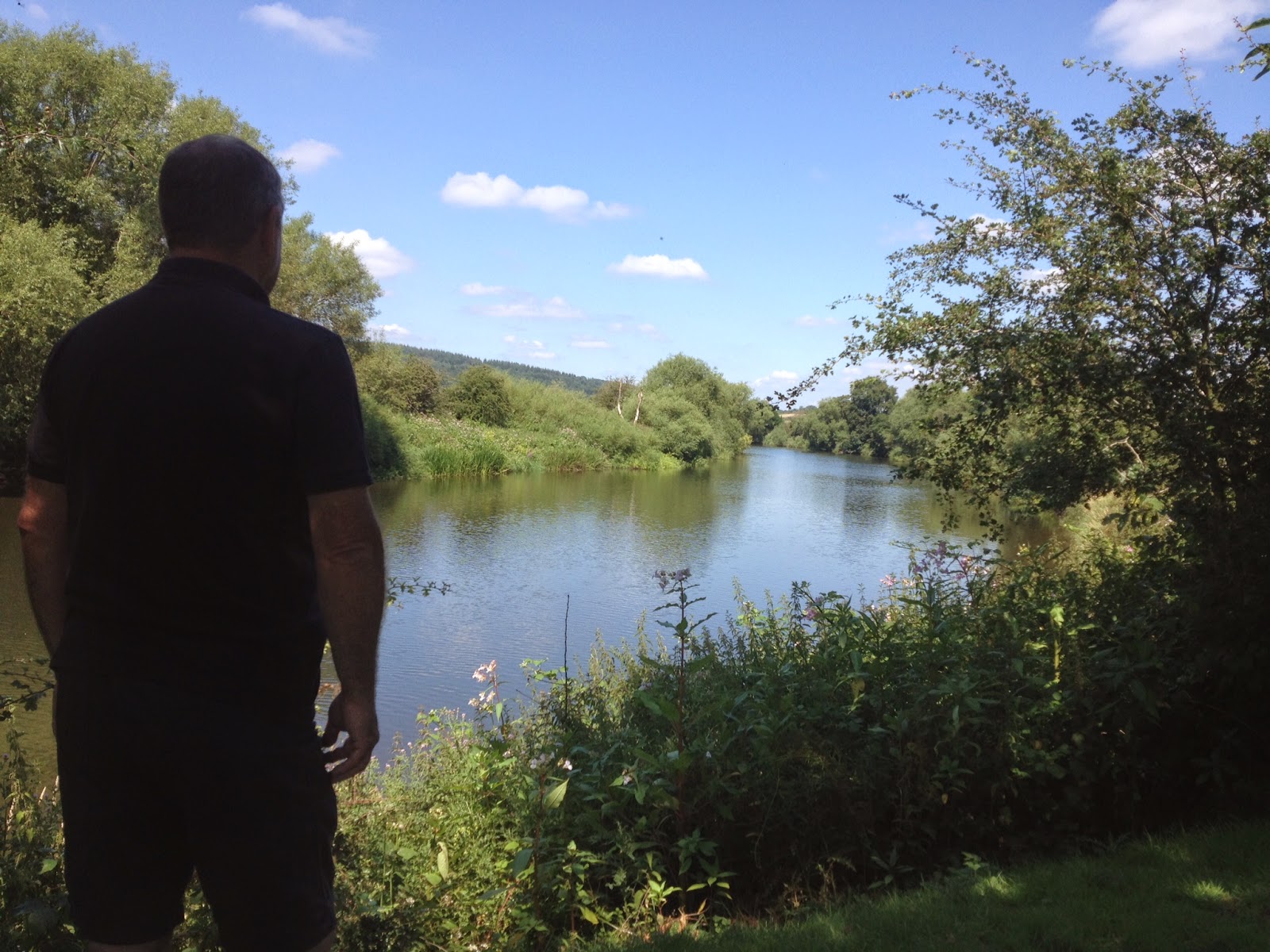 Thursday 17th was another gorgeous day and was forecasted to be the hottest day of the year so far. What started out as a stroll in the park alongside the river turned out to be an 8 mile round trip to Bewdley. We were so enchanted with the romantic scenery, we just kept on walking. In Bewdley, we found a hostelry alongside the river and while munching on a sandwich, washed down with a cider we lazed in the sunshine watching the rowing boats skimming along the water. The only down side was the blisters caused by inappropriate strappy sandals. Well, I hadn’t planned to walk 8 miles! 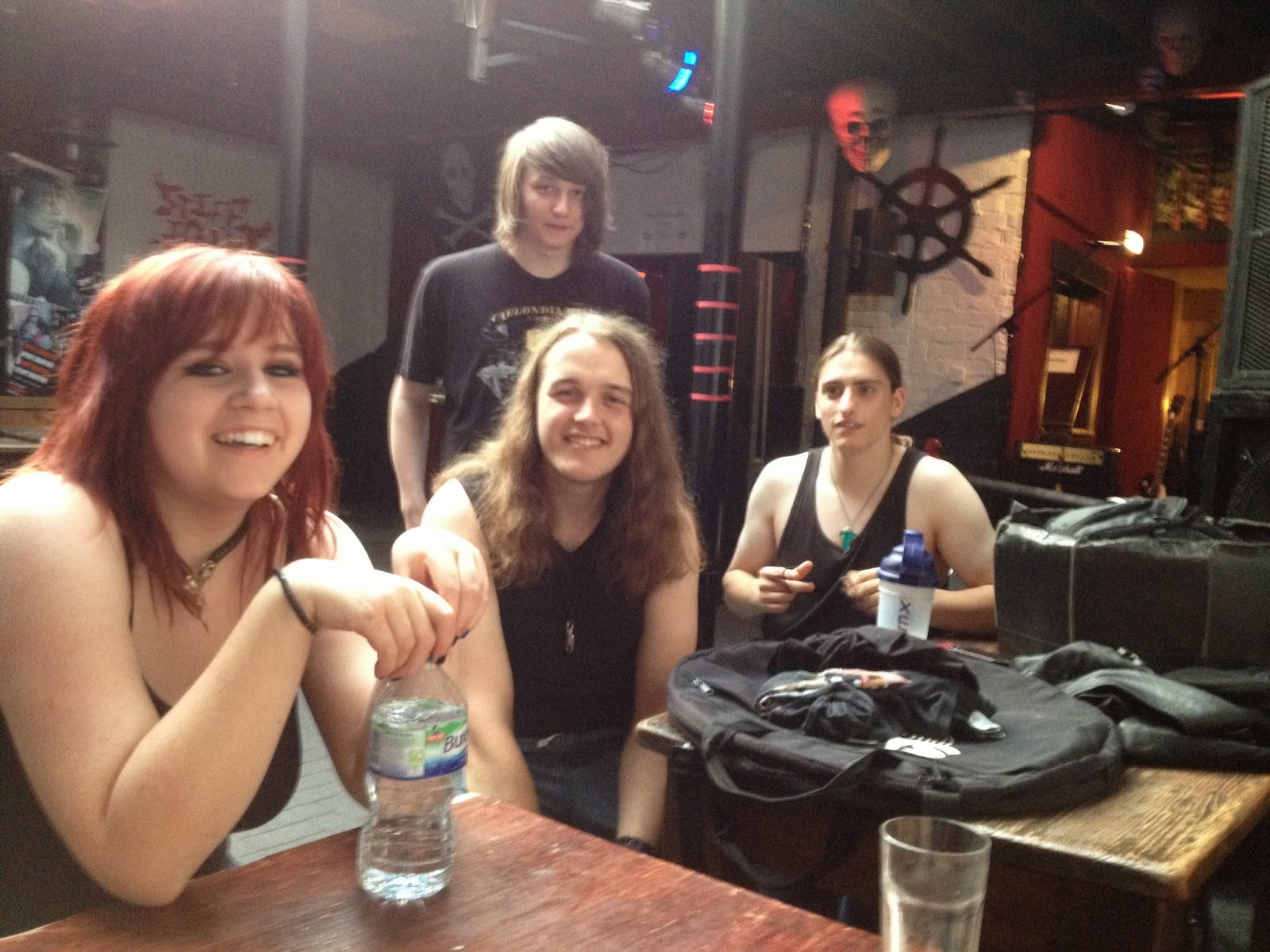 Friday evening, we were treated to a performance by Unknown First (a female fronted hard rock band) in Kidderminster. Rosie, following in her father’s footsteps as an entertainer, is the female in this band. Lynn and James collected us at the boat after dinner and took us to the venue. Ian commentated on the number of parents that attended. Each member of the band was well supported by family (young and older) and that led him to comment that ‘in my day, my parents wouldn’t have been seen dead at one of my gigs’ How times change. 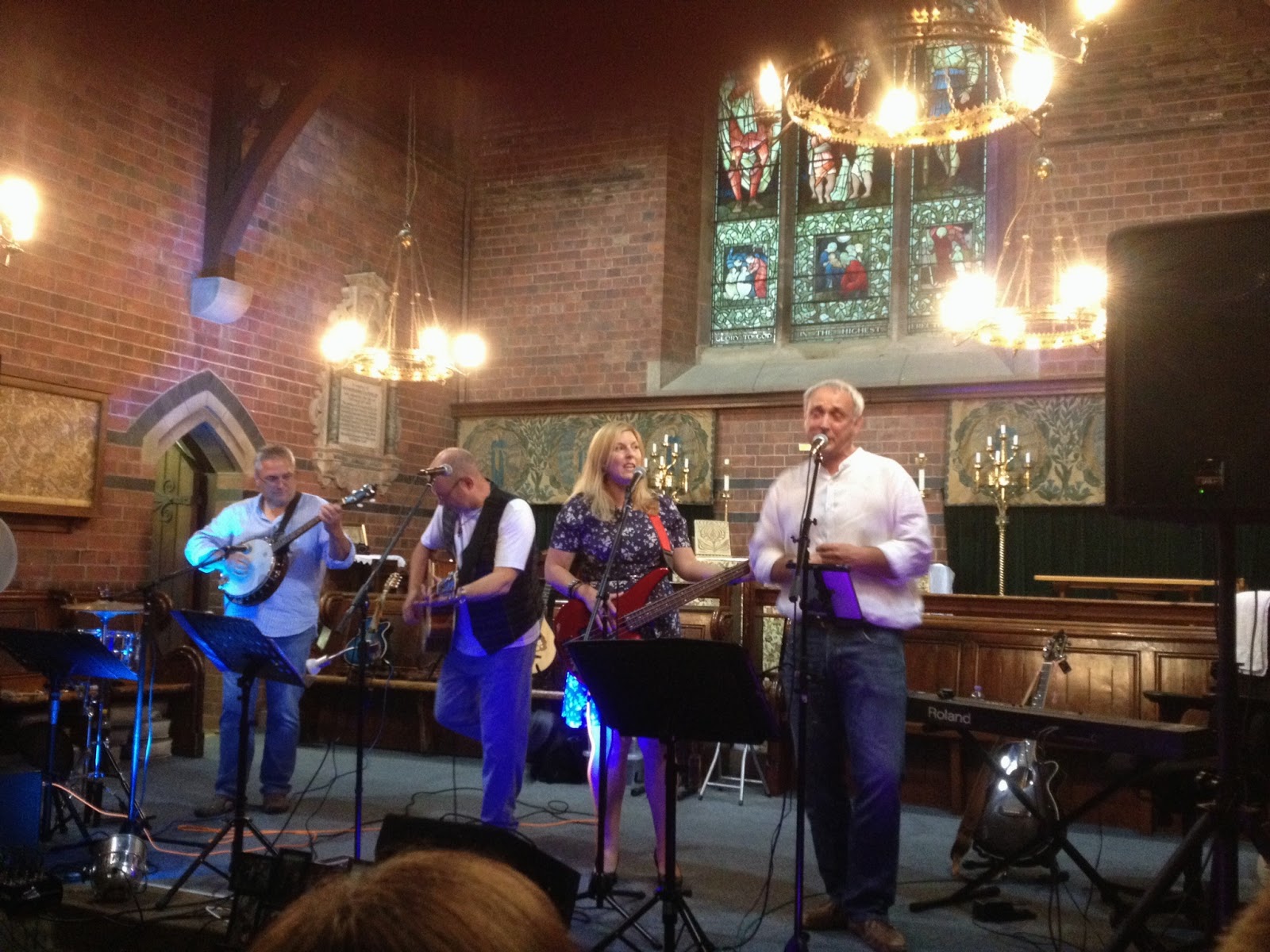 The following evening was ‘father’s’ turn. Dryftwood, Folk Fusion, a band of four talented musicians – of which Geoff is a member – were performing at Wilden Church to raise funds for Kidderminster food bank and church funds. We were treated to performances using a myriad of instruments that included bozouki, guitar, keyboard, kazoo, lute, banjo, drums and cabassa to name but a few and vocals by all four band members, namely Paul Danby, Geoff Booth, Kevin Hastie and of course, the lovely Liz Summer (Smith).

After a very full week, it was time to move on. We left Stourport with some wonderful memories and set off for a new adventure along the Staffordshire and Worcestershire canal. 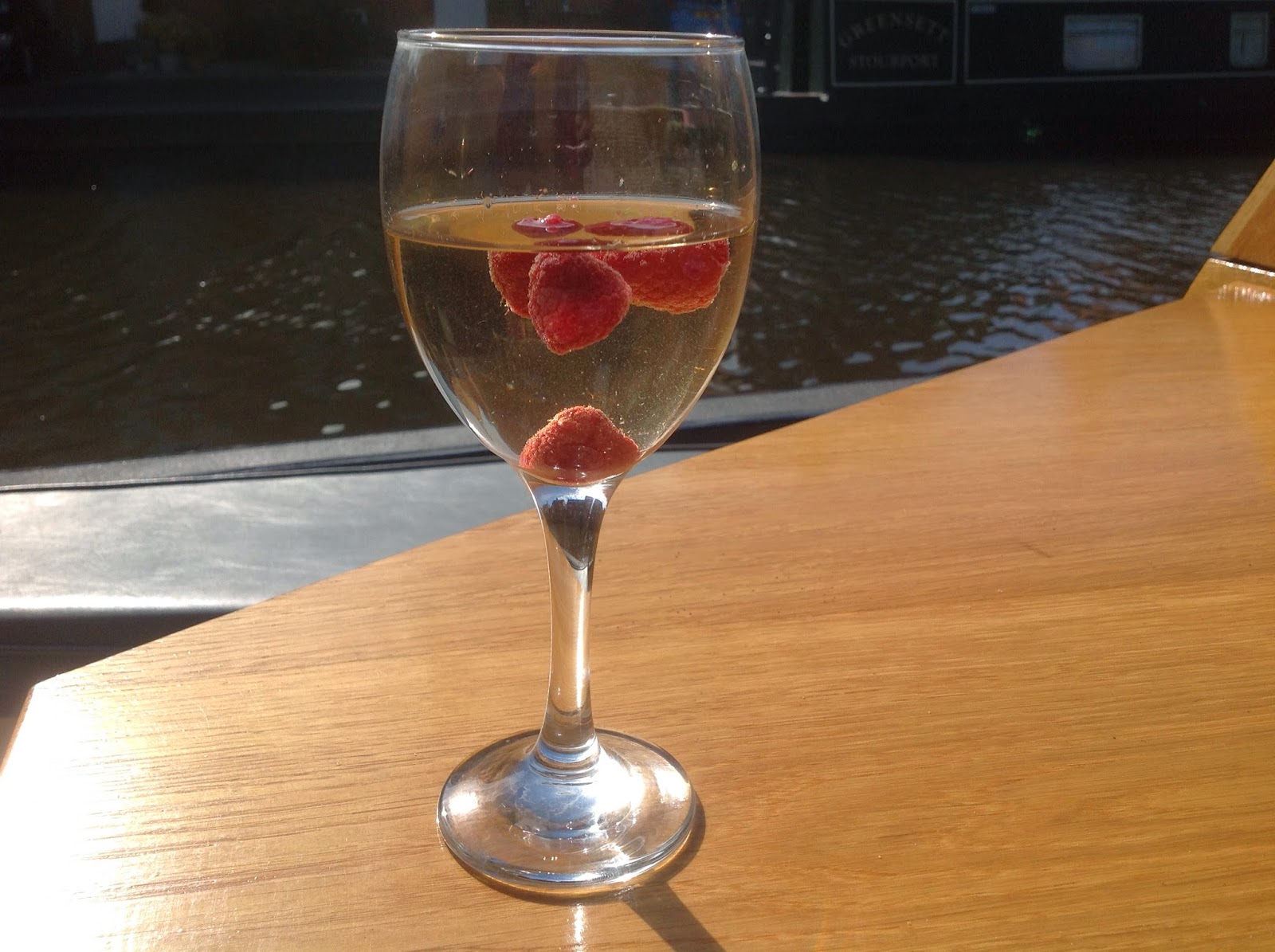